A Beginner's Guide to Fishing 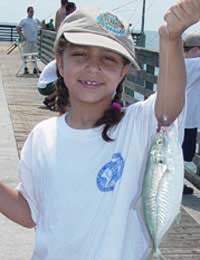 Angling is both easy for beginners to pick up and hugely satisfying once they have and so it's not surprising that it's one of Britain's largest active participation sports.

As the most popular fishing discipline practiced on the waterways of the UK, coarse fishing is the best for the beginner. Coarse refers to freshwater fish than aren’t game, and can include carp, pike, perch, breach and eels.

The type of angling best suited to first-timers is that using a float. The responsibility of the float is both to suspend the bait at a pre-determined depth and to act as a bite indicator. With its distinctive bright tip, the float has very visible presence bobbing on the water and if any fish takes a quiet bite on the hook and attempts to swim away it will be immediately obvious because the float will suddenly disappear under the surface of the water.

A variety of floats are available at the tackle shop but avoid being bamboozled with choice the main types are stick floats and wagglers, with the former suited to rivers and the latter for still waters and rivers.

Although angling is an art that benefits from a sensitive and well-tuned skill set, at its base level it is a science that requires the correct equipment to be undertaken successfully.

The best way to obtain the necessary kit is to visit your local tackle shop and ask for advice on what you need to get started float fishing. Naturally as a beginner there is no reason to fork out for a sophisticated rod and reel and as such you should only expect to pay between £30-50 for a complete set-up.

If the shopping trip is a success you will likely have in your possession items such as a float rod, a reel, a strain line, hooks, a variety of floats, a plummet, bait, catapult, a landing net and pole, and a box of split shot.

Before heading down to the waterside to christen your new kit it is important to first make sure you have an Environmental Agency rod licence. These are available online from the organisation’s own website or at any post office.

The float is attached by threading the line through the small eye at its base. To allow the float to sit naturally in the water the split shot then needs to be added, a practice known as ‘shotting’ or ‘cocking the float’. A guide telling you how much split shot required will come with the float. The next job is to take a ready-tied hook to nylon and tie it to the end of the line.

Once complete you will then need to find out how deep the water is, or ‘plumb’ the depth. To work this out, attach the plummet to the hook and allow it to hang beneath the float, before gently swinging the plummet into the proposed fishing area. Depending on whether it is set too shallow or too deep, the float will either sink or lie flat on the water’s surface.

The rig should then be drawn back in and, by sliding the float up and down the line, altered until the perfect depth is achieved. As a guide, the hook should lie either on the bottom of the water bed or slightly above it, while only the float’s painted tip should be visible above the water line. Once the plummet is removed, the fishing can begin.

Angling needs be undertaken from a seated position, but on a chair or a box and not the bank itself. The rod rest is best inserted directly in front the angler so that once the rod is placed on it, with its butt resting on the knee, the rod tip will be just touching the water. Finally the landing net should be set up ready and both the catapult and bait easily accessible.

To begin a session it is recommended to first throw batches of six to ten maggots into the water every few minutes with the aim of getting the fish accustomed to the bait. Once you’ve finished ‘feeding’, attach one or two maggots to the hook and then cast off into the water. The only thing you then need to do is to keep watch on your float and get ready to strike when it plunges into action.